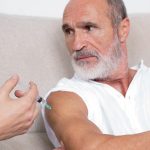 A recent study published by researchers at the University of Waterloo in Canada provided tips for reducing the risk of getting a shoulder injury when receiving a flu shot and also corroborated the need for health care professionals to understand how these injuries can happen and to take certain precautions to minimize their occurrence. The… Read more »

A United States Center for Disease Control and Prevention (CDC) vaccine advisory committee voted to approve FluMist, the nasal spray influenza vaccine, for the 2018-2019 flu season. This marks the first time the nasal spray will return after a two season hiatus in which concerns were raised about its effectiveness, particularly against the H1N1 strand…. Read more » 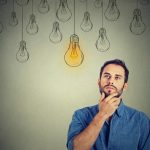 The CDC (Center for Disease Control) issued a recent report indicating that the United States is in the midst of an especially severe flu season this year.  In addition to starting sooner than usual, early reports indicate that about half of the states are reporting unusually intense flu activity so far.  According to the CDC,… Read more »

Below is a link to an article detailing some interesting initial results from an experimental influenza vaccination that has the potential to be self-administered.  Researchers from the Georgia Institute of Technology and Emory University have been working on a potentially viable alternative to the traditional intramuscular injection method for vaccine administration.  This alternative involves a… Read more »