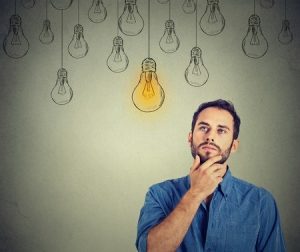 The CDC (Center for Disease Control) issued a recent report indicating that the United States is in the midst of an especially severe flu season this year.  In addition to starting sooner than usual, early reports indicate that about half of the states are reporting unusually intense flu activity so far.  According to the CDC, the most recent data show that the proportion of people receiving treatments for the flu from their doctors is 5.8%, which is as high as the number tends to get at the peak of flu season.  The report also indicated that the rate of hospitalizations for the flu this year is also high.

The main reason for this is that the dominant strain of flu virus this year is a strain known as H3N2.  This tends to be a strain that results in more severe symptoms.  To make matters worse, flu vaccines are often less effective against this strain, with some officials reporting only 30% effectiveness at best.

These reports were not unexpected and were made on the heels of medical experts previously expressing concern that the flu season for 2017-2018 would be bad.  For example, the New England Journal of Medicine previously reported about doctors’ mounting concern over the record level of flu in Australia, where the vaccine was only 10% effective against the same dominant H3N2 strain.  Since the American flu vaccine uses the same composition, many predicted similarly low vaccine effectiveness this year and an equally severe flu season.

Despite, the decreased rate of effectiveness for this particular strain, officials are still encouraging and recommending that people receive a flu shot this year.  If you or a loved one sustained an injury or started experiencing symptoms after receiving the flu shot, please contact our Vaccine Injury Attorneys as you may be entitled to compensation under the National Vaccine Injury Compensation Program (NVICP).  Our firm is experienced in litigating vaccine injury claims on behalf of those suffering these types of injuries.

This site uses Akismet to reduce spam. Learn how your comment data is processed.

« DOES THE FUTURE OF VACCINES INVOLVE SELF-ADMINISTRATION?
HOW OFFICIALS MAKE PREDICTIONS FOR THE FLU SEASON »