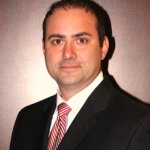 Brian Cinelli is an experienced litigator who has represented clients in both State and Federal Courts in all facets and stages of litigation. He concentrates his practice in the areas of personal injury, vaccine injury, and products liability. Brian has consistently achieved significant results for his clients and has obtained multi-million dollar verdicts in New York State Supreme Court, as well as some of the largest resolutions and awards on behalf of those he has represented before the United States Court of Federal Claims in the National Vaccine Injury Compensation Program. Brian graduated in 2001 from the Georgetown University Law Center where he was on the Dean’s List and served as an Associate Editor for the Georgetown Immigration Law Journal. Prior to that, he graduated from the State University of New York at Binghamton with a dual concentration in Philosophy, Politics and Law and Political Science.

Before founding Schiffmacher Cinelli Adoff LLP, Brian was a longtime founding partner at Marcus & Cinelli, LLP. Before beginning his legal career, Brian worked as a securities trader in New York City for Schonfeld Securities, LLC and obtained his Series 7, 63, and 55 securities licenses.

Brian was previously named to Super Lawyers’ New York State Rising Stars List, which is a list representing the top 2.5% of attorneys in New York State who are 40 years old or younger and since turning 40 years old in 2015, Brian has subsequently been selected to New York State Super Lawyers List every single year since that time. His achievements have also been recognized by other publications, including Expertise.com, which named him to the list of Best Personal Injury Attorneys in Buffalo, NY for 2022.